B lines and AIS 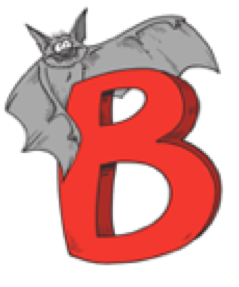 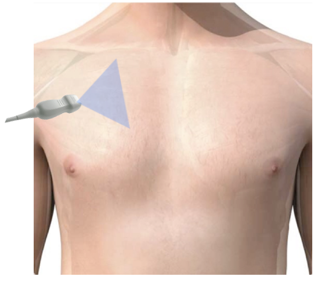 So here we’re using a phased array probe to interrogate the right anterior superior pleural line and we can see these prominent B lines which again, are these bright or hyperechoic vertical lines that extend all the way from the pleural line at the top of the screen to the bottom of the screen. 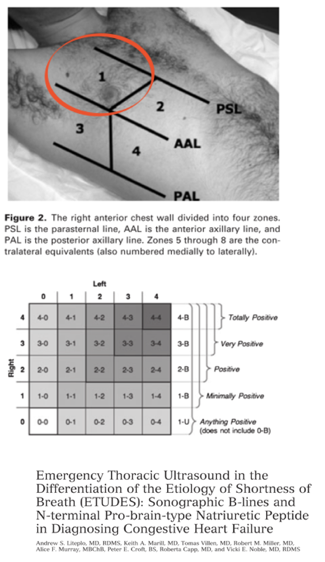 So, when you’re looking for B lines, you can interrogate four areas of the chest, both the anterior lateral, superior, and inferior and you can count the lines if you want, although in my experience, most commonly it’s area one, which is the anterior superior space that is most helpful to tell us if there are pathologic B lines present. When we do see B lines we call this alveolar interstitial syndrome because it may represent something other than CHF or pulmonary edema. In particular it could be ARDS, it could be pulmonary contusion, although in most cases in the acute setting when someone presents with SOB and does have B lines, it will represent pulmonary edema most typically from congestive heart failure.

Here’s an example of B lines representing a bit of the spectrum of how much you can see. The one on the left shows an occasional B line coming in that is probably slightly abnormal, but it’s nowhere near as prominent as the one on the right. There are several systems for counting or scoring these, we tend to use a qualitative system that rates it as mild, moderate, or severe. I find that to be the most helpful way to delineate the amount of B lines that are present.